A Call to Holy Orders

His Excellency Bishop Barry C. Knestout has called to holy orders six seminarians from the Catholic Diocese of Richmond, five of whom will be ordained priests of the diocese and one to be ordained as a transitional deacon, the last step on the path to priesthood.

On Saturday, May 18, Bishop Knestout will ordain as transitional deacon seminarian Anthony Ferguson at the Cathedral of the Sacred Heart, Richmond.

The public is invited to both liturgies, which begin at 10:30 a.m.

Called to be Ordained as Priests 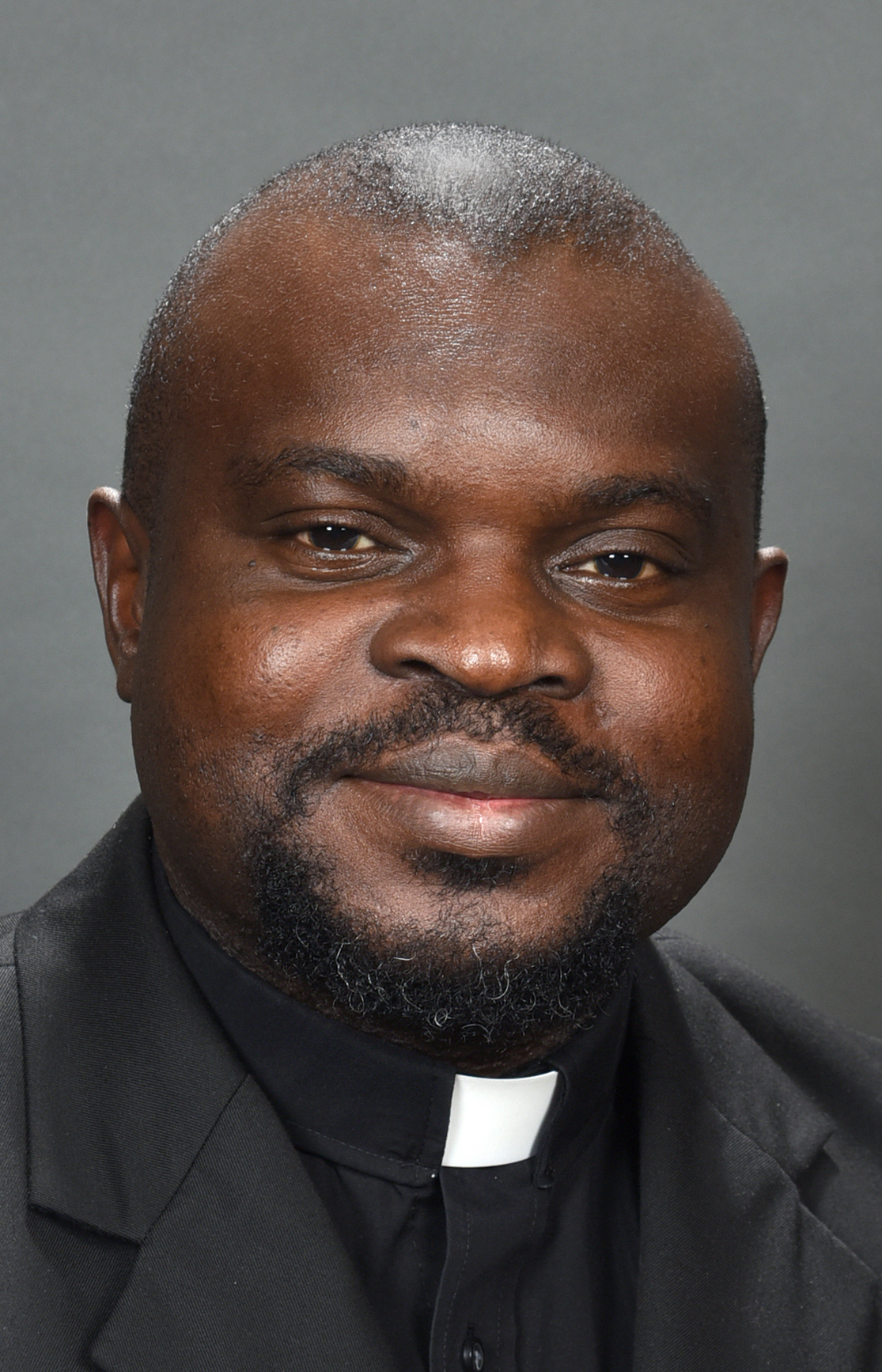 Deacon Tochi Iwuji, 39, youngest child of the late Virginus and Juliana Iwuji, is a native of Nigeria. His home parish is St. Thomas More in Lynchburg. He holds a graduate degree in pastoral counseling from Liberty University, a master’s degree in theology from Duquesne University and is in formation at Saint Mary’s Seminary and University, Baltimore.

Throughout his adult life he has been involved in activities that promote the Catholic faith. In his home Archdiocese of Owerri, he was coordinator of Young Catholic Students; at Liberty, he served as a campus minister.

“As a priest your first job is to be present for the people, to realize who you’ve become despite your humanity. Being able to be sensitive to the needs and ask yourself how can I join Jesus in what he’s already doing in the lives of people,” he said. “So that is why I look forward to being able to accompany people, because I’m not going to impose my spirituality on them, but to pay attention to how God is actually working and then accompany them as a leader, because a priest is a leader, not a follower.”

Visit the Catholic Virginian to learn more about Deacon Iwuji’s journey from being born in Nigeria and earning a master’s degree in theology to becoming a priest for the Diocese of Richmond: https://bit.ly/2DTeexp 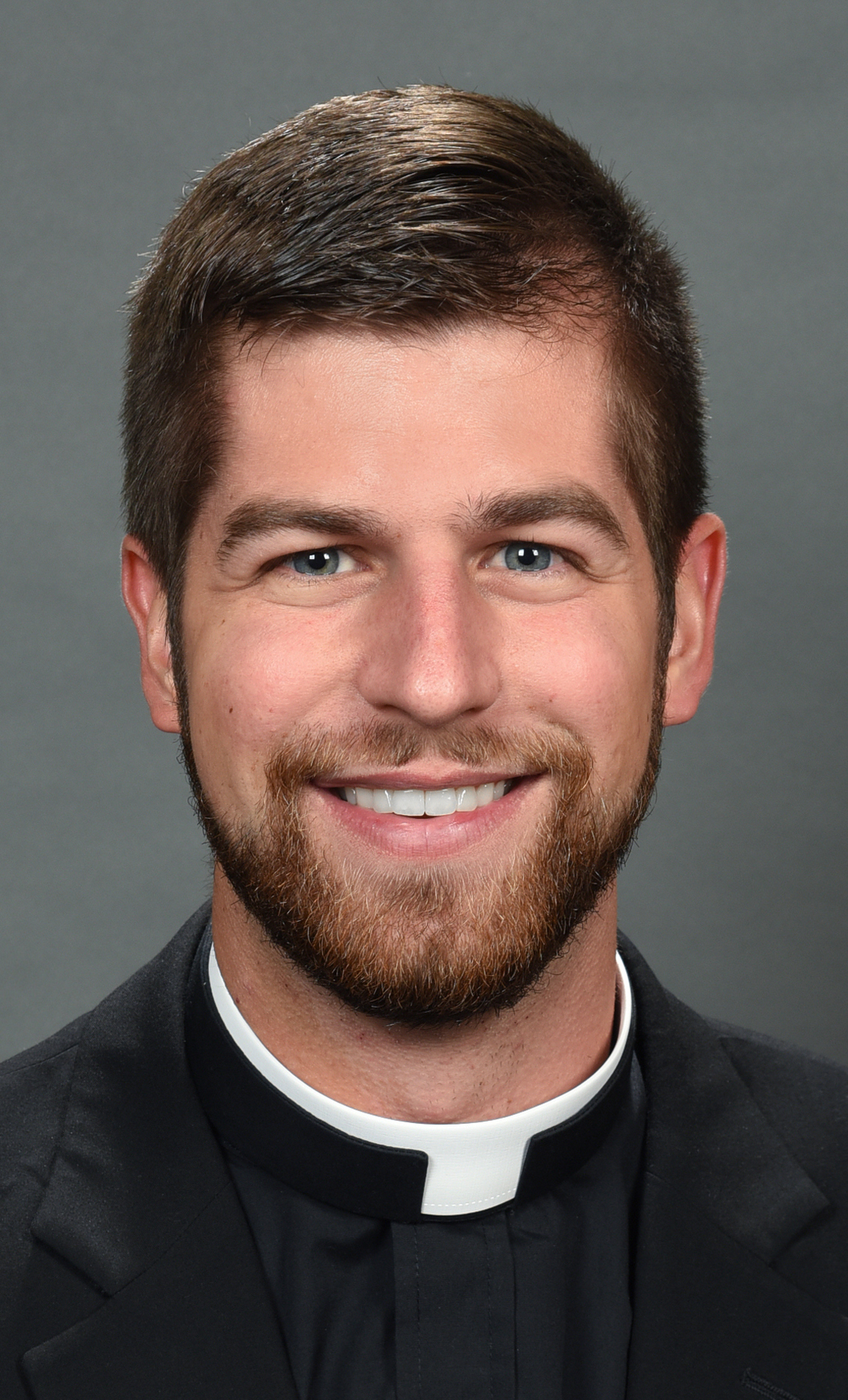 Deacon Christopher Masla, who will turn 28 later in May, is the oldest of Mike and Ellen’s three sons. Their home parish is St. Bede, Williamsburg, where as a high school student he was involved in the parish’s music ministry as a bass player at the 5 p.m. Sunday Mass. Several years later, he learned to play five-string banjo.

Deacon Masla is a graduate of Virginia Tech where he majored in business management, and is in formation at Theological College, the National Seminary of the Catholic University of America, Washington.

He wants people to know what they can expect when he is assigned to a parish.

“I just want to be a good priest and I want to make myself available to serve; I’m coming to serve. I’m coming to be a shepherd, God willing,” he said. “I just want people to know that they can trust me, that I’m going to be a genuine Christian man serving them as a priest. I think that’s important.”

Read more about Deacon Masla’s discernment and call to the priesthood in the Catholic Virginian: https://bit.ly/2H2mLPl 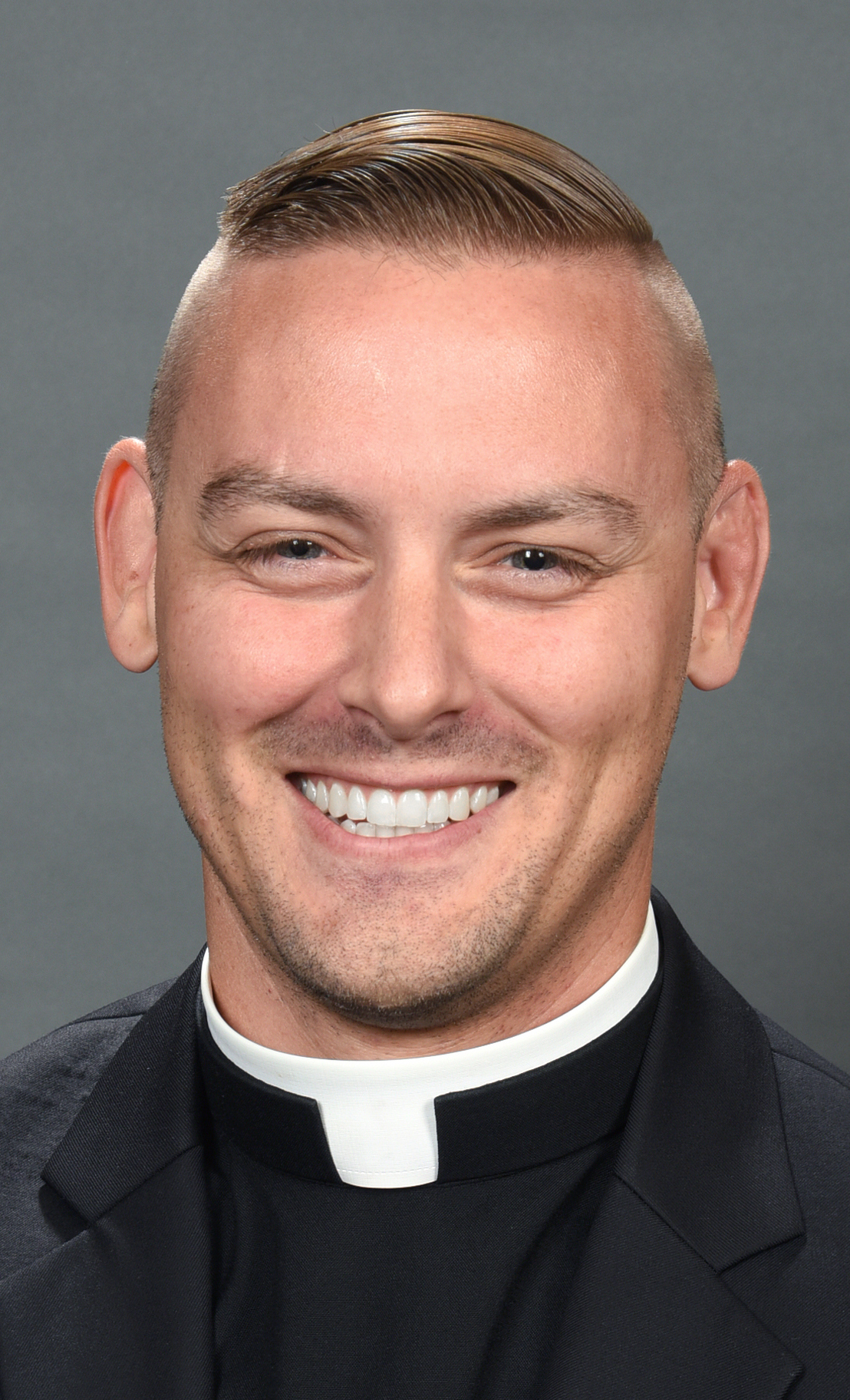 Deacon Daniel Molochko, 32, is the younger of Liz and Gerry Molochko’s two sons. Their home parish is Church of the Ascension in Virginia Beach. He is a graduate of Franciscan University of Steubenville, from which he received a degree in education in 2008. He is completing his formation at Saint Mary’s Seminary and University.

Between 2009 and 2013, when he entered the seminary, Deacon Molochko worked as a paramedic domestically for the Air Force and in the Middle East for the Army.

He sees a connection between saving people’s physical lives and tending to their spiritual lives.

“All of my experiences and education help in the life that I want to live now. Being with people as a paramedic on their worst day ever, learning that sometimes the best thing to do is not say anything carries over into pastoral ministry when someone’s life is falling apart and they come to you for counsel,” Deacon Molochko said. “It’s just a different level of healing, too. Healing the mind of ignorance as an educator, healing the body of infirmity, helping to heal the soul of sin.”

From contract paramedic in the desert of Kuwait to becoming a priest of the Diocese of Richmond, read about Deacon Molochko answering his call to serve: https://bit.ly/2w4hDoQ 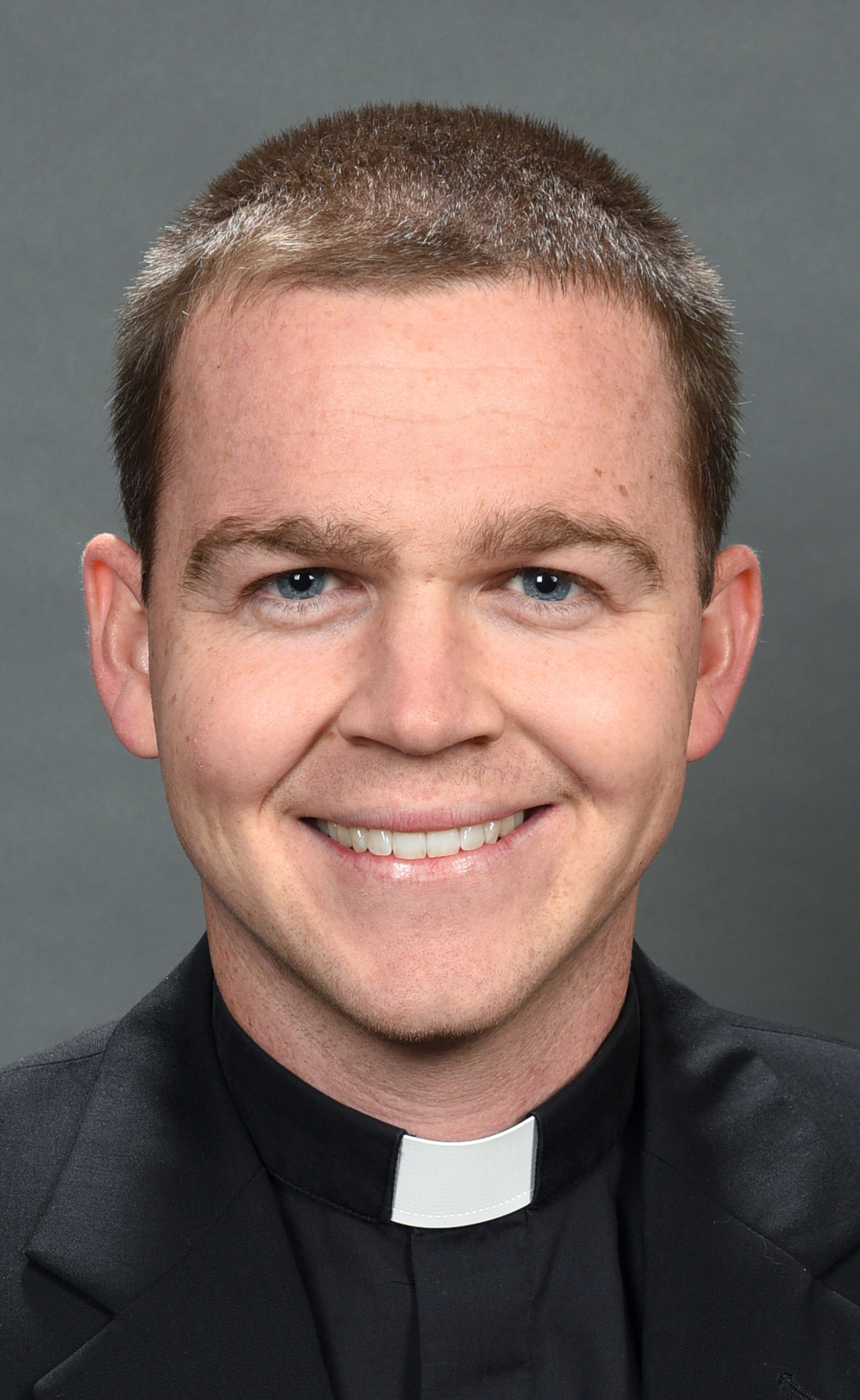 Deacon Kyle O’Connor, 28, the oldest of Steve and Mary’s five children, is a native of Massachusetts. His home parish is St. Andrew, Roanoke. He is a graduate of the Catholic University of America, and is in formation at the Pontifical North American College in Rome. He will continue his studies there this fall.

Deacon O’Connor is looking forward to fulfilling his vocation.

“I’m very excited about being a parish priest. That’s the whole shebang. It captures everything. I think it’s pretty common for a lot of guys. There’s kind of a special excitement in working with young people or with families, but I’m excited for the whole experience,” he said. “I actually haven’t done a baptism, but I’ve done a burial. In both of those places you really see how God is touching people and working in peoples’ lives, calling them to himself in a way that’s fitting to where they are.”

Read more about Deacon O’Connor’s draw to the priesthood in the Catholic Virginian: https://bit.ly/2EmIJMm 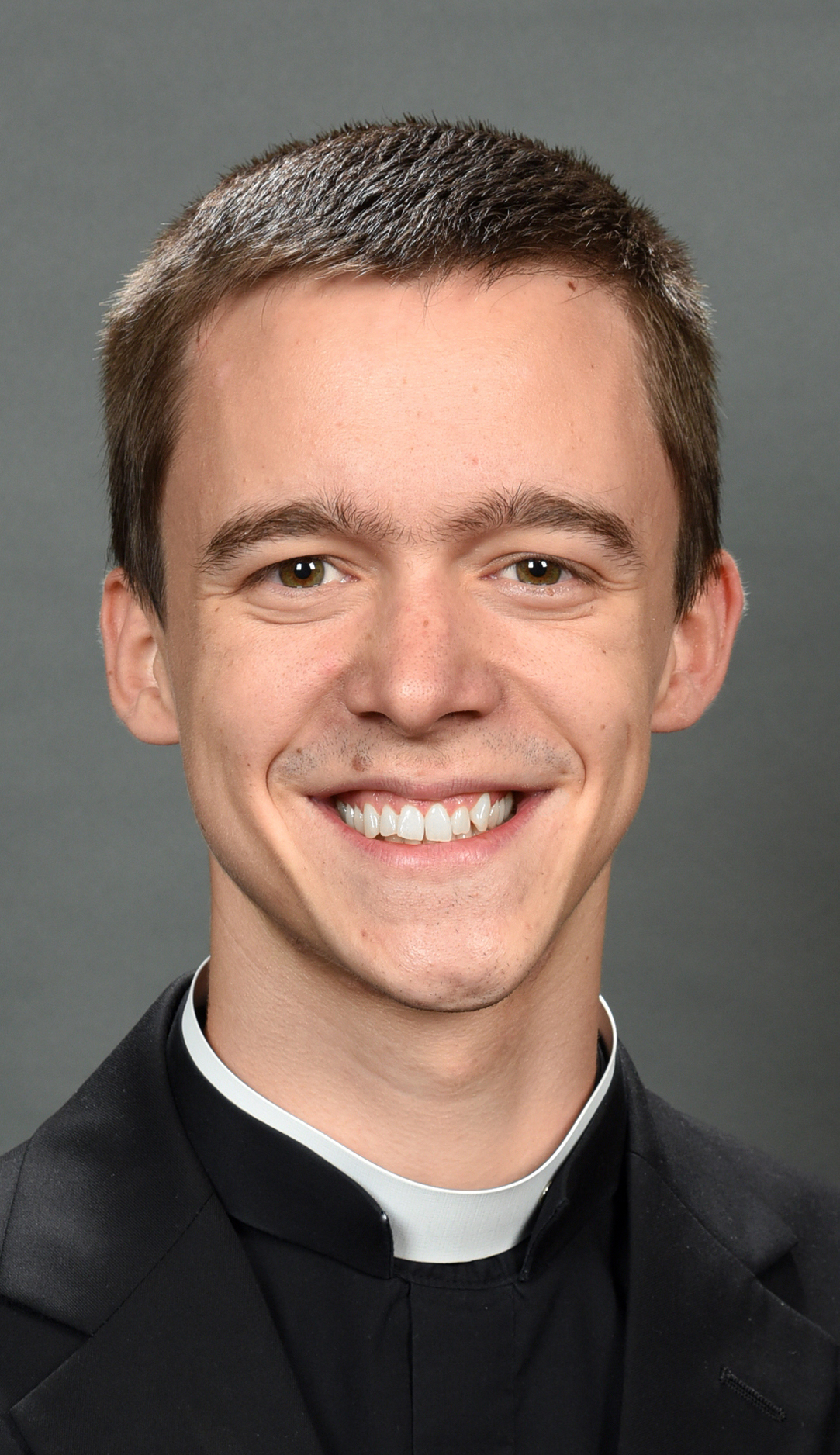 Deacon Cassidy Stinson, 27, the oldest of Deacon Mike and Tanya Stinson’s three children, grew up near Farmville. His home parish is St. George in Scottsville, just south of Charlottesville. He is a graduate of the College of William & Mary from where he earned a degree in classical culture and literature. He is in formation at Theological College, the National Seminary of the Catholic University of America, Washington.

Deacon Stinson and his family were “committed Southern Baptists” until they converted to Catholicism when he was in his middle school years. Experience in both faith traditions have an impact on the kind of priest he will be.

“I would say that coming in not as a cradle catholic, but I have with my parents, with my family, really discovered a love for the Church in its entirety — the Church as it’s growing today, the Church in its history and in its doctrine,” Deacon Stinson said. “I want to help people fall in love with the Church the same way my family and I have done.”

Raised as a Baptist for the first 12 years of his life, Deacon Stinson now anticipates becoming a Catholic priest for the Diocese of Richmond on June 1. Read more: https://bit.ly/2WVX8X5

Called to be Ordained as a Transitional Deacon 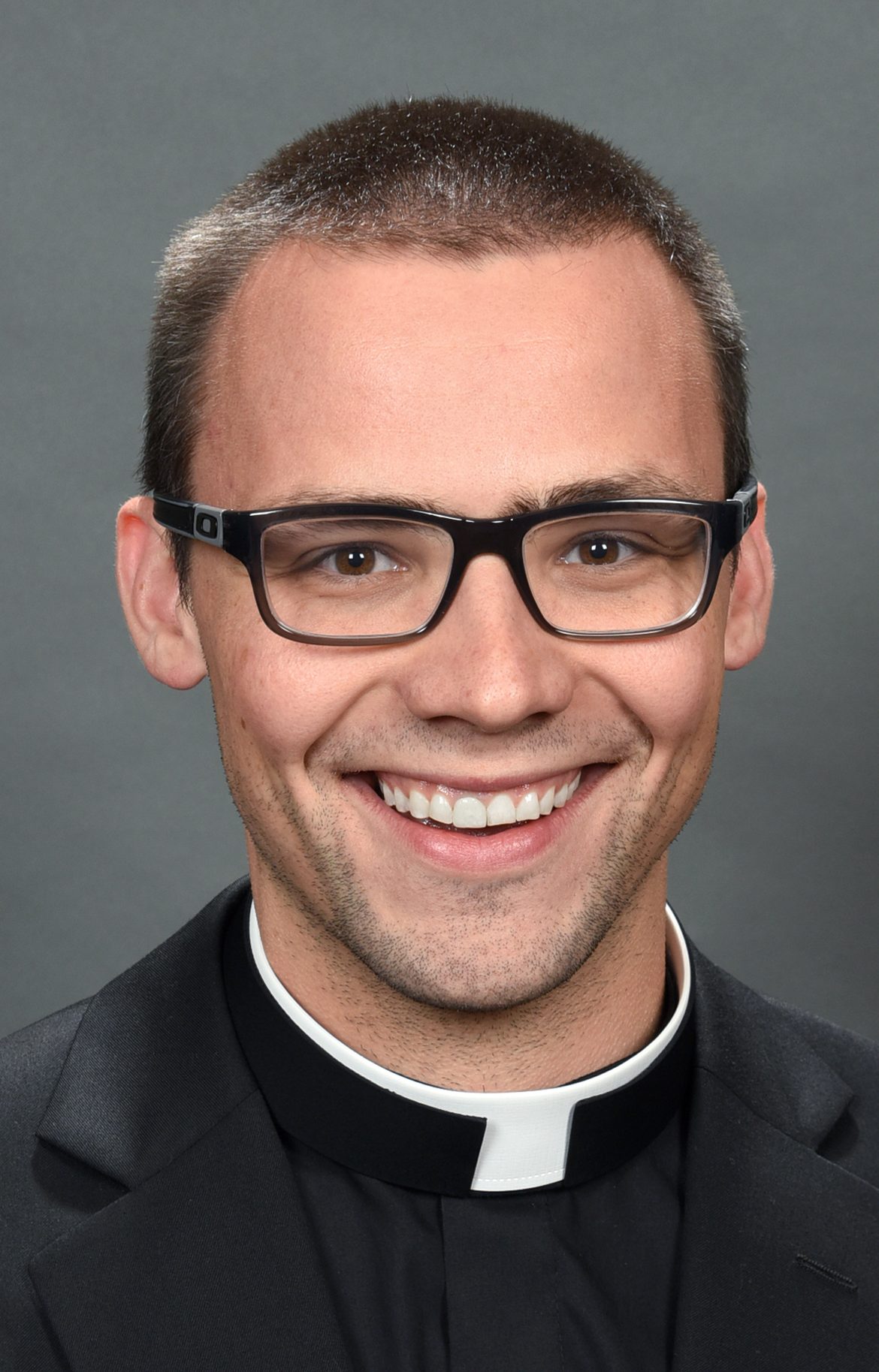 Anthony Ferguson, 30, whose home parish is St. Mary, Richmond, is a graduate of the University of Richmond. He attends the Theological College, the National Seminary of the Catholic University of America in Washington.