Bishop Knestout rededicated the sanctuary and blessed the altar of the Basilica of St. Mary of the Immaculate Conception in Norfolk on Sunday, Sept. 26. Nearly 400 people attended the Mass.

In his homily at the dedication Mass, Bishop Knestout spoke on the importance of serving others and denounced the pursuit of worldly possessions and wealth. He said that the parish’s generosity and service to the poor is its legacy.

Established in 1791, the basilica is the oldest Catholic community in the diocese and is often called “The Mother Church of Tidewater.” The parish, located in downtown Norfolk, was first called St. Patrick Church. It predates the establishment of the Richmond Diocese by 29 years. Early parishioners at St. Patrick were French Catholics fleeing persecution in the French Revolution. Later, some of the earliest Irish immigrants coming to the country joined the parish.

The original church, built in 1842, was destroyed by a fire in 1856, a suspected arson by the Know Nothings, a short-lived, once-secret political party in the mid-1800s known for its anti-immigrant and anti-Catholic beliefs. 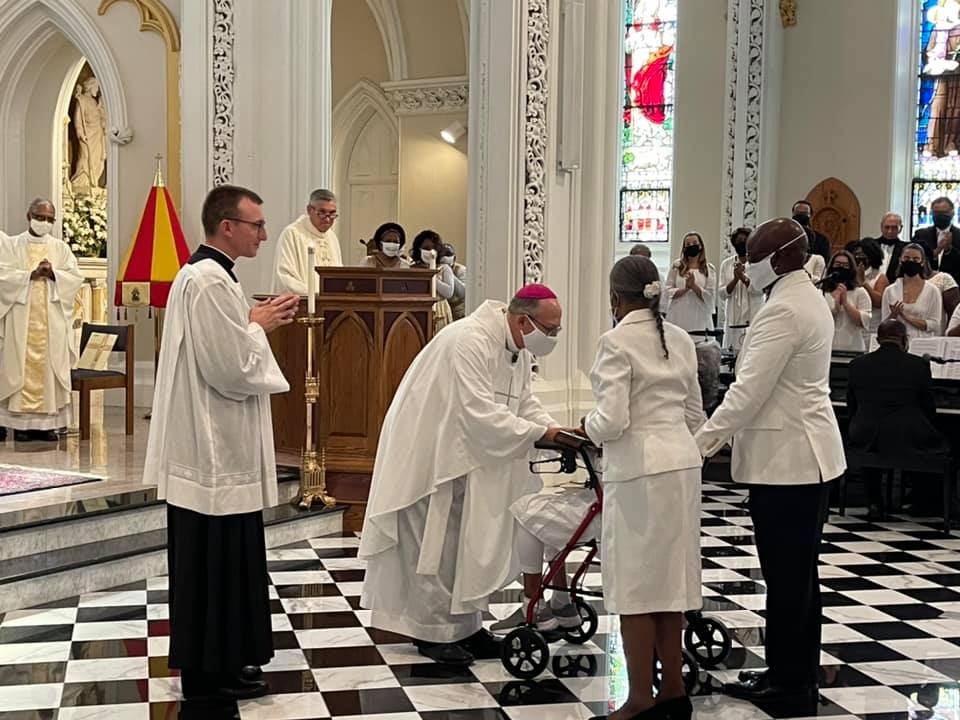 On Dec. 8, 1991, the Church of St. Mary of the Immaculate Conception became a minor basilica. It is one of 34 minor basilicas in the United States, one of two in Virginia, and the only predominantly African American one in the country.

The awareness that the sanctuary was in disrepair began modestly when parishioner Will McCadden noticed a dip in the roof line when he was walking into Mass one Sunday in 2014. A physical inspection of the roof revealed extensive damage; the roof was leaking and termites had eaten 60-70% of it.

During the planning stages to repair the roof, a plaster angel fell from an interior column to the area below where the youth choir was singing during one weekend Mass. Fortunately no one was hurt, but it was a catalyst to investigate any other hazards in the church’s interior.

As work progressed on the interior and exterior of the building, new issues were discovered. 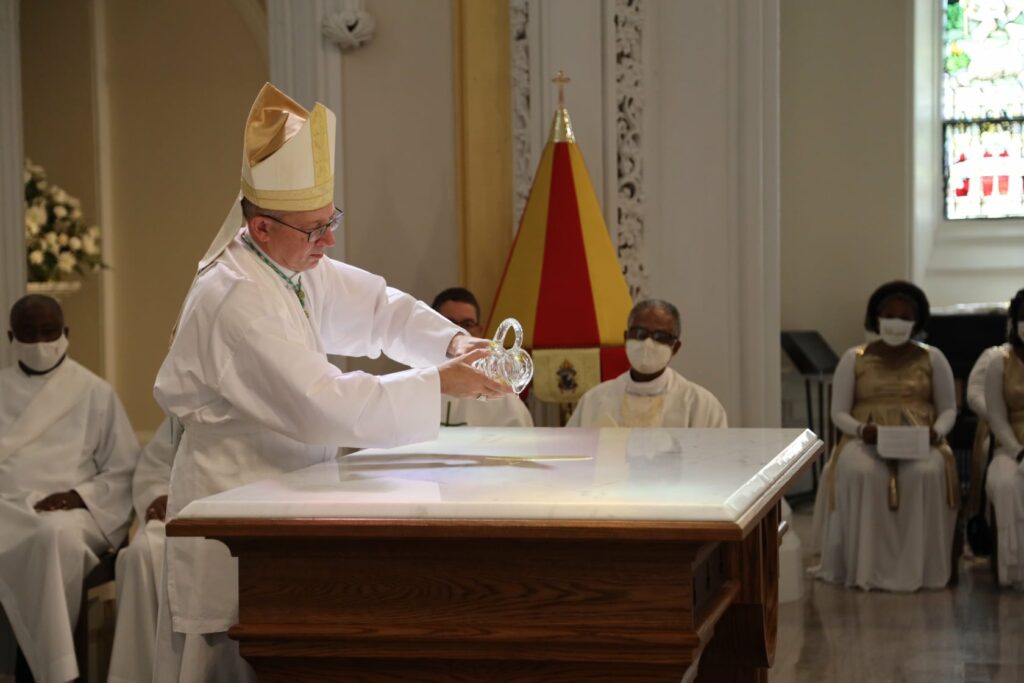 In addition to remedying safety issues, the parish also decided to make cosmetic changes when construction began in 2016.

About 75% of structural roof and upper columns were reconstructed. New pews with kneelers were installed and arranged to have a central aisle, something the church hadn’t had since a 1989 renovation. Other renovations included a new floor, restoration of stained glass windows, installation of air conditioning and heating in the balcony, repairs to an existing restroom, turning the grand altar to face the congregation and plastering and painting. A platform for the choir was also installed, the organ was repaired, and the angel was replaced.

Other tasks completed during the project were restoration of existing lights and updating the sanctuary’s lighting to more energy-efficient LED, installing a light dimming system and a fire/smoke detection system to assist in protecting the historic building.

Originally, the parish expected to pay $250,000 to repair the roof, but the total price for the project soared to $6.7 million as needs continued to mount. The funds were raised through parishioner donations, the diocese, foundations, the community, a fundraising event and a $1 million challenge.

The parish worshipped in the fellowship hall for four and a half years during the restoration. Masses returned to the sanctuary in December 2020, and the restoration was completed earlier this year. 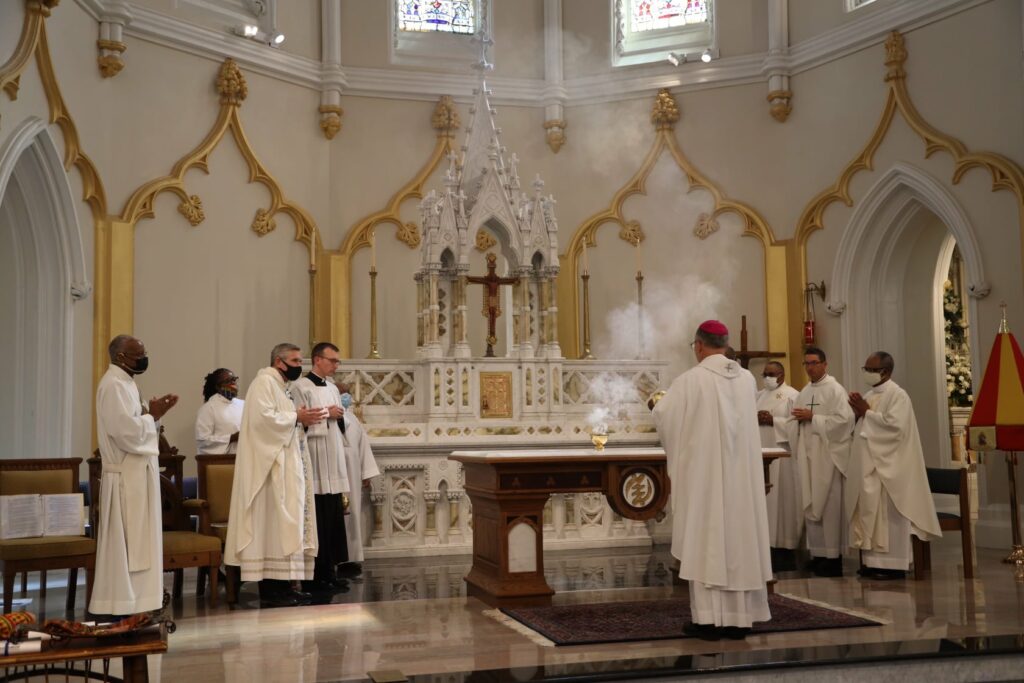 “I can always tell when people went in there for their first time back. They come out weeping,” Father Jim Curran, pastor, said. “They’re just so happy and proud and thrilled to be back, not just back in the church but back in the church looking so beautiful.”

“The building is beautiful, but there’s something about St. Mary’s that just grabs you even before the renovation occurred,” Cunningham said. “It’s rare that anyone leaves without feeling some sense of being full, being refueled to face whatever your oncoming week will play.”