Amid the Pandemic, Progress in Catholic Schools

Enrollment and student achievement are rising, thanks in part to parents. 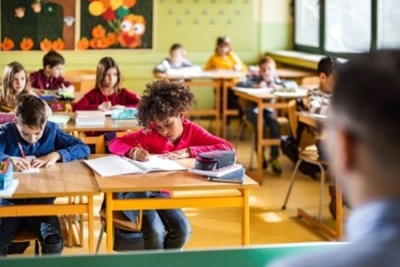 The Nation’s Report Card is out, and it is dismal. The 2022 National Assessment of Educational Progress, released Monday found that achievement in reading and math among fourth- and eighth-graders has dropped since 2019 in nearly every state.

To the extent that anyone could deny it before, the results settle the debate: America’s response to the pandemic set a generation of students back. But amid the bad news, Catholic schools were a bright spot, reflecting how these schools are making a difference in students’ lives.

From the beginning of the pandemic, American Catholic schools have shown how community focused, mission-driven leadership can benefit children. In March 2020, Catholic schools were among the first to close as Covid hit. In the fall of 2020, after we had learned more about curbing superspreader events and as it became clear that children were the least vulnerable to the virus, more than 92% of Catholic schools across the country re-opened for in-person learning, compared with 43% of traditional public schools and 34% of charters.

This week’s NAEP data show how important reopening was for learning. Today, the divergence between Catholic schools and public ones is so great that if all U.S. Catholic schools were a state, their 1.6 million students would rank first in the nation across the NAEP reading and math tests for fourth and eighth graders.

The report is good news for what has been until now a weary sector. The pandemic strained Catholic schools, particularly urban ones that serve the neediest, but pastors, principals and diocesan leaders pressed forward to serve communities. That revitalization was spurred by parents who saw how Catholic schools responded to the pandemic and who drove the first nationwide Catholic-school enrollment increase in two decades.

Those trying to undercut the Catholic-school success story dismiss the results as merely the high performance of elite private schools. But K-8 Catholic schools are the only private elementary schools in America that serve the urban poor at scale. The average annual tuition for a K-8 Catholic school is $5,300—about one-third what states spend per child on public schools.

At Partnership Schools, we serve under-resourced communities in 11 Catholic schools. Enrollment surged over the past two years, growing by 40% in our Cleveland schools and 18% in our New York City ones. In New York, our share of low-income students grew from 65% to 79% since 2020. In Cleveland, almost all our students are low-income, and the average annual income of their families is $18,000.

While many political leaders called the learning losses inevitable, the performance of Catholic schools in this difficult time shows that they weren’t. During the pandemic, we didn’t lower our standards or accept falling enrollment as inevitable. What we needed then and need now is to empower all parents to choose the best school for their children, and to have leaders who set the bar high and insist we reach it for all our kids.

Ms. Porter-Magee is superintendent of Partnership Schools, a management organization that runs 11 Catholic schools in New York City and Cleveland, and an adjunct fellow at the Manhattan Institute.