Since 1834, when Father Timothy O’Brien and the Sisters of Charity founded St. Joseph’s Academy, thousands of dedicated educators have made sacrificial contributions to academic excellence in the Catholic tradition throughout Virginia. The Catholic Schools of the Diocese of Richmond, with over 10,000 students, proudly carry on that tradition.

The McMahon Parater Scholarship Foundation was established in 2008 as a 501(c)3 organization to sustain and ensure the future of Catholic schools in the Diocese of Richmond. The Foundation began with an endowment provided by Bishop Francis X. DiLorenzo.

The Foundation is named for two individuals who attended Catholic schools and were of vital importance to the Catholic Diocese of Richmond. 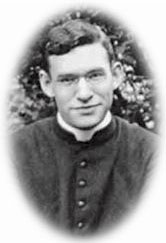